Did you know that one of the kid’s most popular apps gives complete strangers access to chat with them online?

And what if someone told you that “kid” profiles on streaming media apps are only as kid-proof as your child’s ignorance?

One might not consider the dangers of such apps like Fortnite, Snapchat, and Netflix, but beware, they are worth considering. At the time this article is written, there are 78.3 million Fornite users, 186 million Snapchat users, and 151 million Netflix subscribers.

The odds your children will remain unaffected by these and other apps, are highly unlikely.

It’s not a new conversation, this “be careful what your kids download” subject. But often, parents request a list of the most dangerous apps so they can easily safeguard their child.

Unfortunately, it’s not as simple as a Top 10, and even the “safe” apps can become dangerous. So as parents, we need to be vigilant. As someone who has worked in the wireless industry for seventeen years, I recommend three important parental filters:

1. Know your child--do they communicate openly with you, or are they private?

2.You own the phone (or tablet)--just because it’s “theirs” doesn’t mean it’s off-limits. Have you set the expectation that you can look through their phone any time?

3. Just because it’s “Kid Safe”, doesn’t mean it is--have you researched the app?

Your electronic devices can be fabulous additions to your family’s options for entertainment and education. But a major error many parents make is trusting someone else—namely the app developer—to rate the potential harm for your child.

But, as a mom, not just someone who works in the industry, I’ve found that some of the safer apps are also important to not disregard.

It’s time to learn about some potential dangers lurking in your child’s bedroom that would rival any boogeyman. 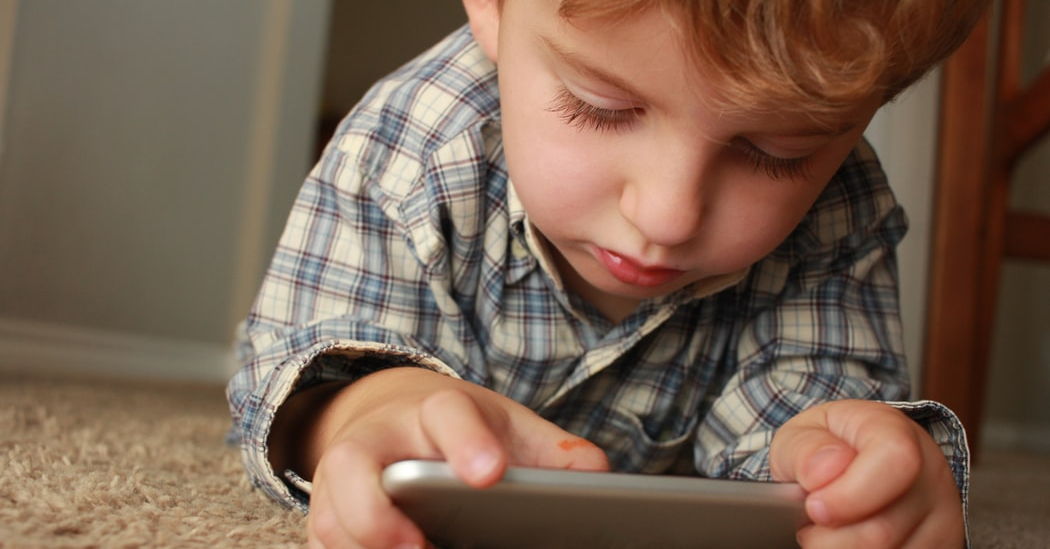 They define their app as: Roblox is a global platform where millions of people gather together every day to imagine, create, and share experiences with each other in immersive, user-generated 3D worlds.

If you’re still unclear, picture going online and creating your own social environment. A school, a theme park, a neighborhood. In this environment, your made-up persona can be anything from a super-hero to a skateboarder. You can find a gazillion pros for this online imaginary play-place.

So what are some of its dangers?

Should you remove the app from your child’s phone? Well, Roblox does offer privacy settings. This is helpful, but also not fool-proof.

For one, I can’t—at least to my knowledge—control these from my phone, and my son showed me how he knows to go into settings and reverse any controls I’ve already pre-set.

So, is your kid trustworthy enough to not do that? Does your kid have a healthy fear of strangers? Is your kid willing to ignore chats and conversations between characters? That is something only you can answer as a parent.

They define their app as: Snapchat lets you easily talk with friends, view Live Stories from around the world, and explore news in Discover. Life's more fun when you live in the moment!

Basically put, imagine snapping a photo, sending it to your mom to view, she looks at it, and after a short period of time, it disappears into cyberspace never to be seen again.

Fun? Yes. My sister-in-law and I Snapchat regularly. Silly pictures from what our morning coffee mug looks like, to pictures of our feet in fuzzy socks. Snapchat can be a super fun app and it’s no wonder it’s popular with kids who are visually stimulated. 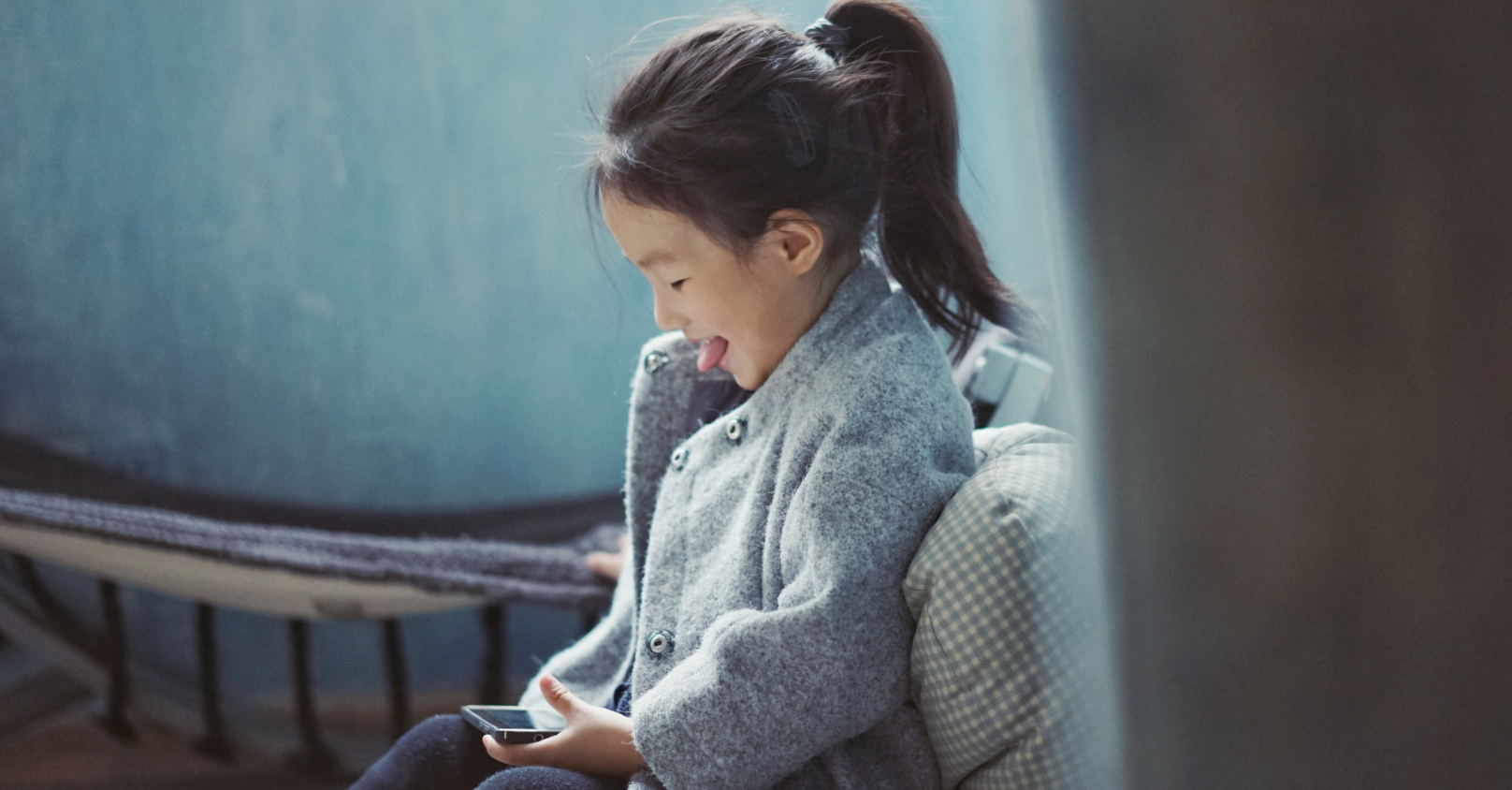 YouTube is easily described as an online video library. If you haven’t visited YouTube, I’d be relatively surprised. You may have even been on it and not known, as a high number of videos linked to online will take you to YouTube.

Kids can spend hours on YouTube. Full confession: mine have. There is everything from videos on how to make neon slime, to boys playing with plastic dinosaurs in their backyard, to toy reviews, and even episodes of Tom & Jerry. YouTube isn’t all evil.

So really, YouTube is something you should monitor. The good news is, they offer a YouTube Kids app. It filters out the majority of the ick. But, it’s still important to stay involved and watch your kid’s favorite channels. Especially so if you start seeing their personalities take a shift for the worse.

Hulu, Netflix, Prime Video… pick your poison. The fact is these platforms give a vast array of options for all sorts of viewing entertainment.

From superheroes, to sitcoms, to a good old Christmas romance flick, if you’re not on one of these platforms, well… you’re not the typical American. And that’s okay!

But for those of us who do watch and enjoy such entertainment, there’s a few things about these apps you should know.

The moral of this app is, have a solid list of what shows your kid is allowed to watch, and be sure you’re regularly checking in for compliance and no-cheat-switching-profiles. 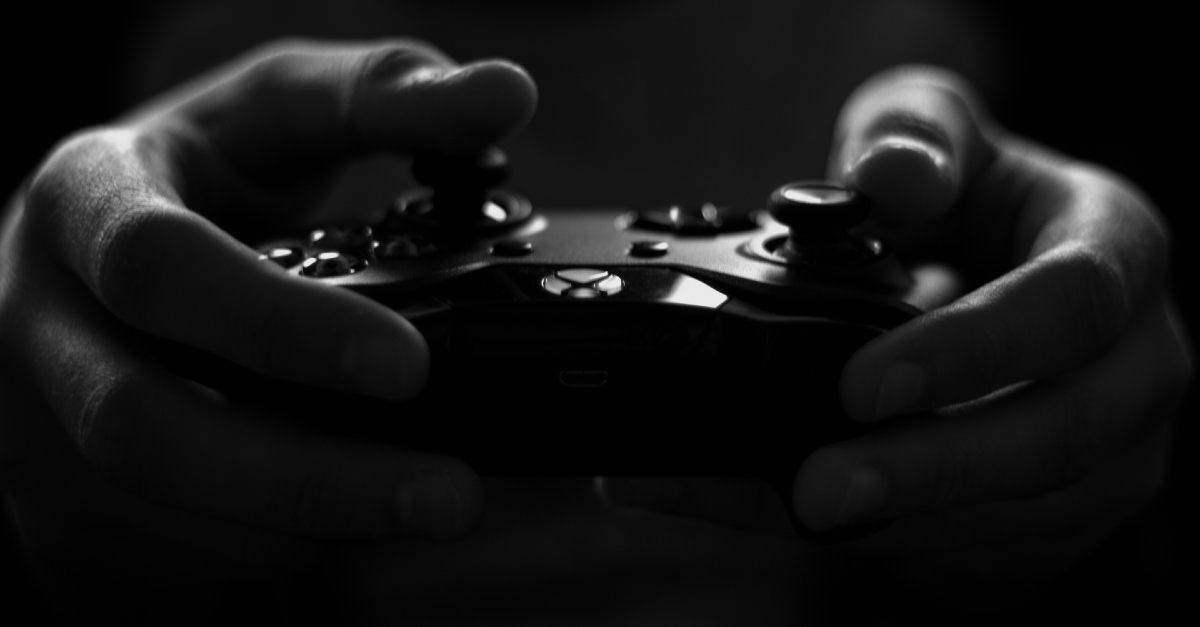 Fortnite is another virtual reality world where your character can fight monsters, foes, and villains. It is considered highly addictive. But it’s also super fun, other-worldly, and completely immersing.

This app is really popular. My nieces love it! It allows you to create short videos, including music videos to top hit songs, and post them. It also serves again, as another outlet to social activity, friend-making, and conversing.

The good news? Yes, there actually is!

You can limit the TikTok account to friends only, or even private. You can limit your child’s interaction to people you’re aware actually exist and really are their BFF from 9th grade and not a creeper from Tennessee in their basement with a 45-year-old body.

In short, use parental controls on this app, chat with your kids for complete transparency, and be extremely cautious of any pre-teen use. 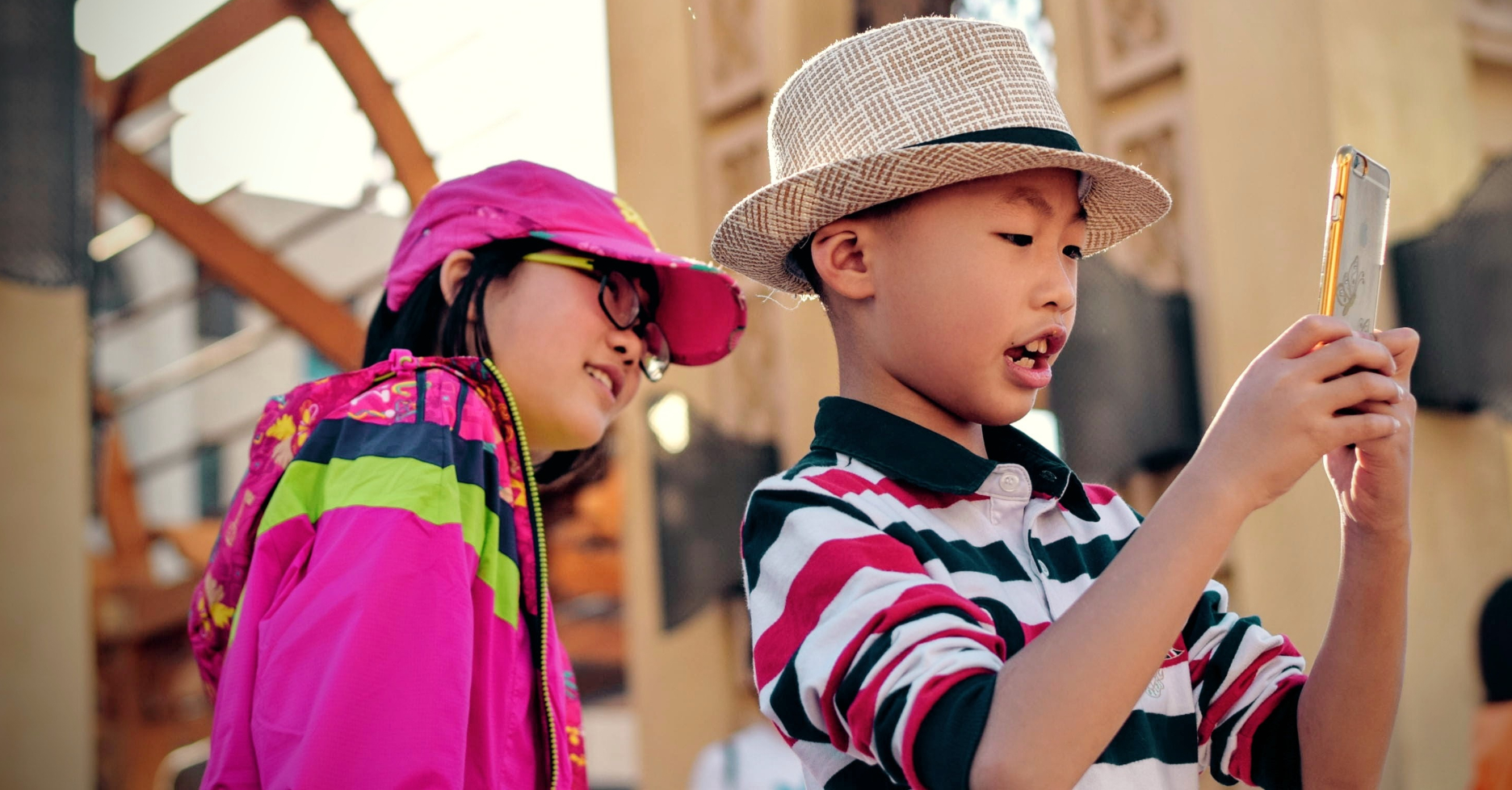 This app has the pretense of being rather fun. Ask a question anonymously and get answers anonymously. Or do it openly, if you prefer to know who you’re talking to.

I’ve seen it used and it can be fun to have people send answers to “What do you like best about me?” and get responses like, “you’re super sweet” and “I’ve never met anyone as loyal as you”.

All in all, the anonymity of an app like this does have some privacy functions. But even with brief research, it’s apparent the risk probably outweighs the advantages.

And, if the question is a necessity, I’m guessing a good, old-fashioned phone call to ask it is probably safer (although not particularly anonymous).

This one blows my mind. Maybe because I’m not into random meet-ups, but even as an extrovert, I draw the line somewhere. Or maybe I’m just old.

Regardless, Holla is an app allowing for random video meet-ups. Sign-in, swipe left or right as chat options appear, and accept or decline live chats.

It’s like a dating site on steroids. Insta-date, anyone? 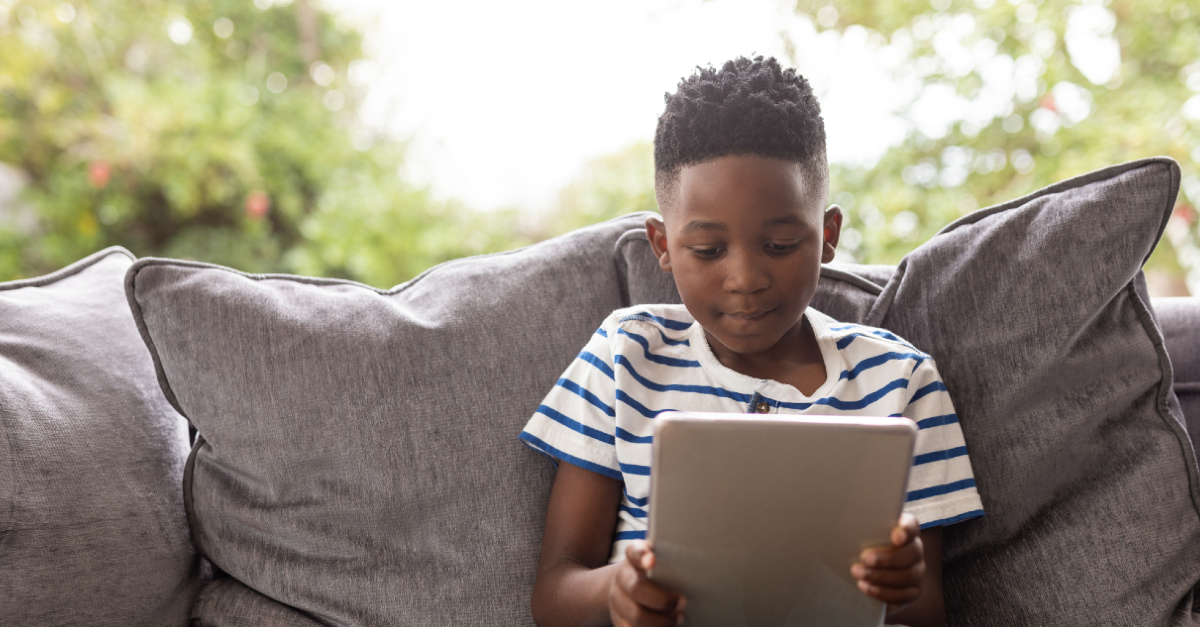 Okay, so online homework help? Sign me up! The idea in and of itself is a great one. Take a pic of your problem, science, math, social studies and more. Submit. And bam! Help is on its way.

All in all, while not overtly bad in the sense of privacy, sexuality, or predatory implications, these are some of the options available to your children for study habits—er, answers.

As a kid, this is an easy sell app, and hypothetically speaking, an easy sell to a parent if merely going by a verbal explanation. “It’s a homework help app.”

It can be used as a “homework solve app”. Parental discretion is uniquely yours. Just be aware.

I love this app. So does my daughter. Create a cartoon caricature of yourself and you can insert YOU into any text, social media post, etc. with humor, cute-factor, and fun expression.

You can design your caricature down to what outfit you think best fits you, change it to reflect the season, even update your hairstyle if you’re like me and randomly incorporate various dye-techniques.

All in all, this is for certain a per-parent decision as to whether their kid should be allowed to use it. One might easily argue that “dangerous” is too hefty of a word to describe Bitmoji.

However, if you put it contextually into an eight-year-old requesting to use it and then receive a message from them with an all caps “WTF” attached? Then it becomes a tad more disturbing. Best to be aware and make an educated decision before you get a note from your child’s best friend’s parent asking them to stop messaging their kid. 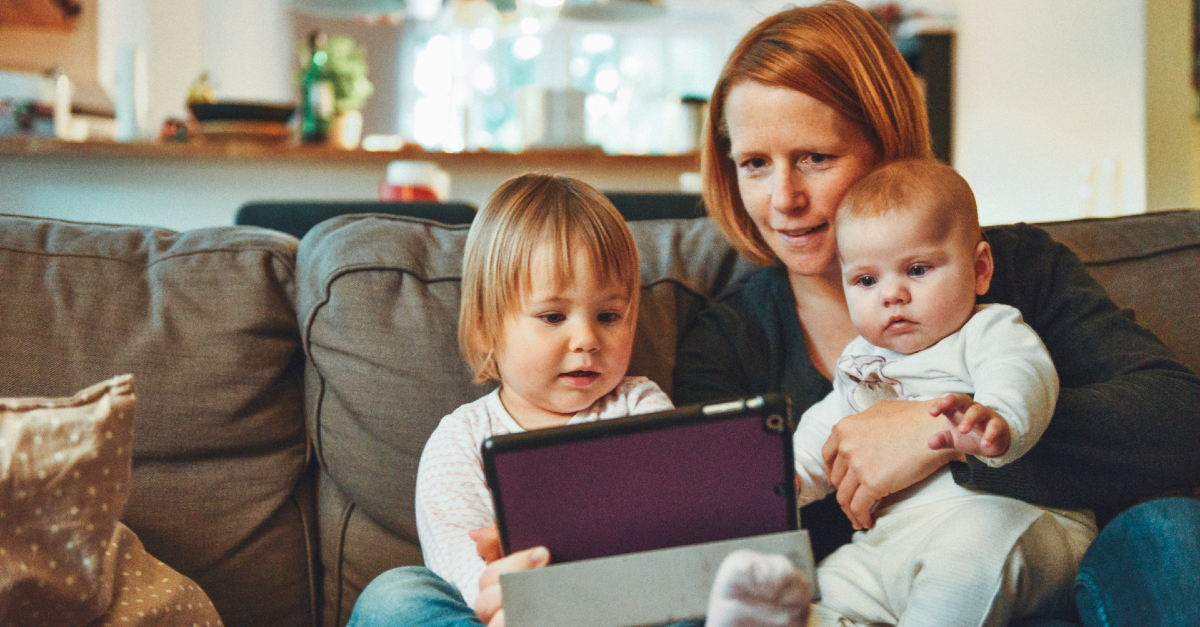 Keep Yourself Up to Date

In a nutshell, apps range in danger. Danger can also vary from child to child and family to family.

In the end, it’s critical to be up on what your kid is loading on their device.

Other adults in the world are keeping up and they have access to your kids. Your savvy is your first line of defense for your children—or simply nixing devices altogether. But even if that is your ultimate conclusion, remember, your kid’s friends have devices.

Your kids will be exposed to apps and the social media world. Being educated on even common, apparently non-threatening applications is just as important as looking up the easy-to-find, top 10 most dangerous app lists that are pasted all over the Internet.

Use your discretion but use your head. No app is danger-free. Proper safeguards and a parent well-armed with knowledge will go a long way in making a device a fun, safe, and educational experience for your child.

*Disclaimer: I’m not an expert, just a parent writing an article based on what she’s seen, heard, and experienced. Please do your own research and don’t rely on anyone else to give you rock-solid answers. Apps change regularly, and what is posted here may be proven inaccurate as soon as tomorrow. So do your own research, don’t quote me as Gospel truth, and remember, apps are ever-changing, so regular parental maintenance and awareness is strongly advised.

This content first appeared on Crosswalk.com and is used here with permission. To view the original visit: https://www.crosswalk.com/family/parenting/most-dangerous-apps-that-parents-need-to-know.html

Seize the Day? - iBelieve Truth: A Devotional for Women - August 11