The official definition for gaslighting is to manipulate (someone) by psychological means into questioning their own sanity (Oxford dictionary). I’m going to offer it to you another way, in the way that I experienced it with my alcoholic mother:

The first thing you should know is that her verbal genius consisted in masterful sarcasm and an ability to convince you that you are the dumbest, most incompetent person she’s ever been around (skillfully slipped between the times she tells you how much she loves you). After she cuts you down over and over again, you get angry and the fire inside you rises. Once this happens and you tell her to stop or try to explain how she is hurting you, she gets self-righteously calm—so, so calm—and as you reel from her smugly spoken passive-aggressive comments, she slides into the role of victim. Why are you yelling? Why are you so angry? You have a problem. You are now in an alternate reality where you can no longer tell what is up and what is down. You feel the pain from the wounds she inflicts, but you’re becoming convinced that maybe it’s your fault, maybe there really isn’t any wound at all and you’re just crazy.

You blame yourself, believing that you really are dumb; you are the problem; you are being too sensitive. What is wrong with you, anyway?! You hate yourself for being this way and you begin to verbally berate yourself. You add to the wounds. This is the rhythm of your relationship, and it always ends with you punching or scratching yourself and screaming with a clenched jaw, so no one hears the cry.

To make things worse, not only are you confused and angry, replaying conversations over and over in your mind, wondering if you really are making a big deal out of nothing, you lack confidence in your own feelings, thoughts, observations, and opinions. How can you have confidence in any of those things when you can’t trust yourself to know what is true? You try to explain yourself and you say you’re sorry, but the person you’re tangled-up with never seems to apologize, not really. All you know for sure is that there is a fire under your skin that won’t go away and the only person it’s consuming is you.

Any of this sound familiar? If so, then it’s possible you’ve been gaslit.

Why Is it Called Gaslighting?

In 1940 a British film called Gaslight (based on a play) was released about a man who convinces his wife that she is going insane so she doesn’t suspect him of being the murderer and thief that he is (he needs to get her institutionalized so he can have power of attorney over her – it’s a whole twisty plot). The title refers to the lights in the house the wife says keep flickering even though she is told it’s her imagination. A poignant line from the movie comes after the wife is finally convinced that she’s out of her mind and her childhood friend says to her, “You’re not going out of your mind! You’re slowly and systematically being driven out of your mind.”

How Do I Know if I’ve Been or Am Being Gaslit?

I would add that the gut-punch to this denial is that you aren’t sure that what you’ve seen is real, or that your experience is real, or rather, that it’s valid. When you’re being gaslit, you aren’t sure what is true and what isn’t, and when you think you know, you are then convinced that you don’t know—that you have it all wrong—that being punched in the face (as it were) is just a misunderstanding of you running into someone’s fist; how silly of you.

Being Gaslit Is Disorienting and Infuriating

If you want to know if you’ve been gaslit, start by asking yourself these questions in the context of a relationship you’re in or have been in (this can be a parent, sibling, romantic, work, or any relationship you feel tangled-up in):

Your answers to these questions are just a starting point as you begin (or continue) to unravel the trauma of abuse, whether that involves gaslighting or not.

How Should I Respond to Gaslighting?

If you’ve been gaslit, you’ve likely been angry and sad and confused for a long time. I’m so sorry. As someone who gets it, I encourage you to two things right away: get help and ask God for the truth. Find a good therapist (ask for recommendations). If you can’t afford one, a safe, wise friend who can help you see clearly. Ask God to help you discern what is true and what isn’t true in the tangled-up threads of the gaslighting relationship.

2. Be Gentle with Yourself

You’ve likely spent years beating yourself up, blaming yourself for “being so stupid,” and feeling so confused over your mess of emotions. You can’t heal if you’re condemning or judging yourself. God is kind, gracious, merciful, humble, gentle, and truthful; He sits on a throne of grace. The accuser, the enemy, is the one who will speak lies and condemnation and sarcasm and twisted words over you. Don’t align with the darkness, with the lies. Ask God to help you believe the truth and walk in the light. You are not dumb or naïve or making a big deal over nothing. You’ve been harmed, and it’s valid to be hurt. Give yourself grace as you work through untangling the emotional abuse you’ve had to contend with.

If you are being gaslit, or you have been, call it what it is: manipulation and abuse. I know that can be hard, but it doesn’t mean you’re condemning the person who has abused you, it means you are telling the truth. And what is the truth? It’s reality. We cannot heal from a thing if we are not willing to identify it.

4. Grieve What You Lost

Grief is the process of accepting reality and letting go of our expectations. If you have been emotionally abused through gaslighting, you have something to grieve. Maybe it’s the loss of a relationship, the loss of what you were hoping from the relationship, or and/or the loss of a sense of your sanity. Some of you have spent years not trusting your own judgement or gut or being fearful of your own perceptions. I’m not talking here about following our own hearts and being deceived by our own sinful desires, which does happen when we don’t surrender to and trust God, but rather the suppression of our God-given instinct and ability to think clearly because of emotional abuse. It takes time to trust our instincts again, but as God heals and frees, you will as He guides you.

Remember the scene in Runaway Bride where Julia Robert’s character finally decides to figure out what kind of eggs she likes? For so long she just liked whatever her partner liked, so she goes to a diner and orders different kinds of eggs and takes the time to figure out which kind she actually enjoys. Figure out your eggs.

When I discovered I had been gaslighted for years by my mother, I carried my lack of confidence into my marriage. This didn’t mean I didn’t have opinions or that I was a pushover (just ask my husband). It did mean, however, that when we argued and he would ask me to explain myself, I couldn’t. I would suddenly just say, “forget it, I’ll be fine” or “I don’t know—you’re right.” I bowed out because I didn’t trust that what I felt might be true. After learning about gaslighting, I took the time to think through some of the things in my marriage that I struggled with, and I was able to finally stand up for myself and communicate with a sense of confidence I never had before. This wasn’t, I don’t think, a source of pride, but rather telling the truth as I understood it so that we could get help and move forward in true, healthy ways.

As you work through counseling, deal with lies you’ve believed, and stay humble and surrendered to the Lord, your ability to discern truth will sharpen. Continue to lean on the Lord for understanding and He will help you to speak the truth and have the humble confidence to do it.

6. Forgive the Person Who Hurt You for Not Being What They Should Have Been

Whether it’s a spouse, parent, sibling, or someone you should be able to trust, when you’ve been gaslit by them and you realize it, you might be pretty ticked off. And that’s okay, because that would be a normal response to someone hurting you. But when you’re ready, I would encourage you to forgive them for what they should have been. I had to learn to forgive my mom for not being a mom. With God’s guidance and the help of several counselors and wise friends throughout the years, I learned how to face the reality and the pain of it, mourn what I lost, acknowledge and deal with my own sin and lies and wounds, set boundaries, and eventually love and forgive my mom.

My mother was an alcoholic and she was verbally and emotionally abusive, but I learned to love her and forgive her. She was wounded too, and while that is not an excuse, it is an explanation.

Being gaslit is confusing and can feel like fire under your skin, an anger that burns up your sanity. But you aren’t the only one who has faced this, and you can get through it; the fire will eventually die down and the confusion that covers like a veil will be lifted.

And the truth really will set you free. 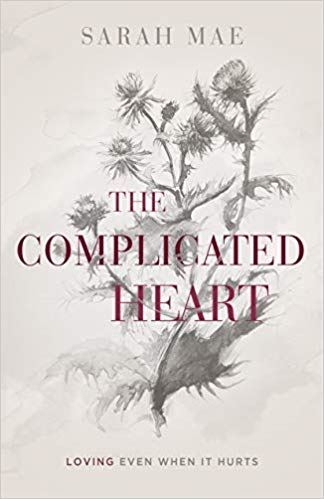 Sarah Mae is a nationally known speaker, the host of “The Complicated Heart Podcast” and co-author of the bestselling book, “Desperate: Hope for the Mom Who Needs to Breathe.” She loves traveling all over the country, speaking at conferences and events and encouraging women to walk in freedom. She makes her home in Lancaster County, Pennsylvania, with her woodworker husband, three spunky kiddos and a naughty yellow lab named Memphis. Learn more at sarahmae.com and follow her on Facebook and Instagram at @sarahmaewrites.

This content first appeared on Crosswalk.com and is used here with permission. To view the original visit: https://www.crosswalk.com/faith/spiritual-life/what-is-gaslighting.html