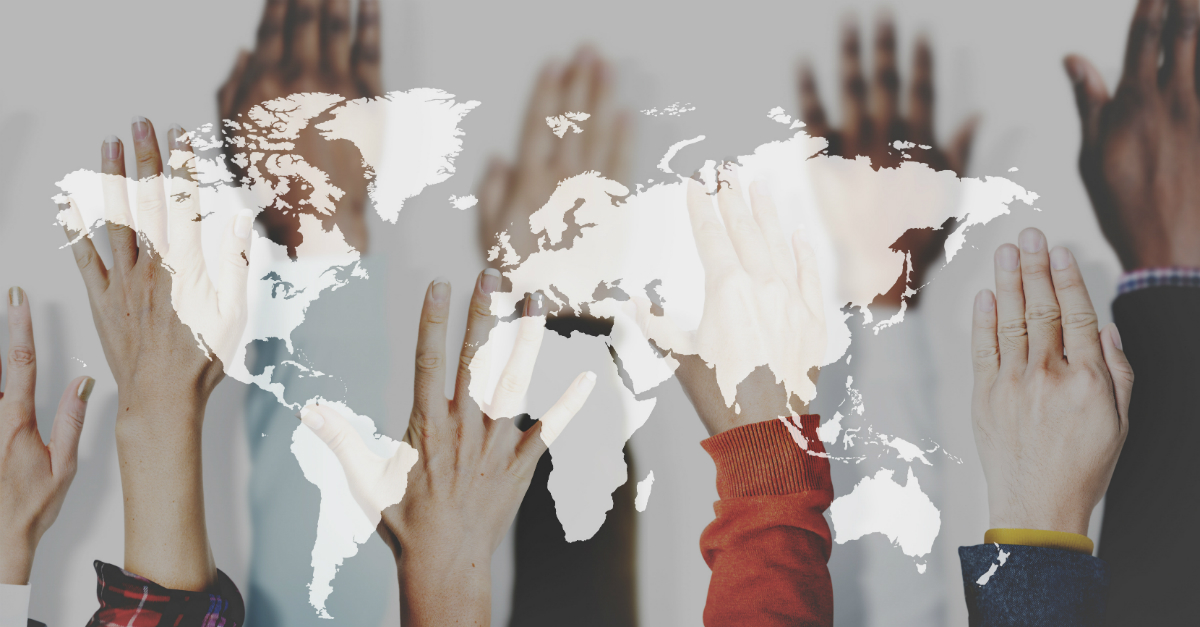 Editor’s Note: In light of the events of this past week and the protests going on around the country, the Church & Culture Team felt it was worth sharing this 2019 blog again.

Everyone else can eavesdrop.

Racial Division Is Our Culture’s Most Pressing Concern

And it is a deeply biblical and spiritual issue. To not address it would be overlooking the largest elephant in the cultural room. And, I might add, the Christian room.

The church is the hope of the world and, in this particular matter, the only hope for modeling racial unity. We have been called into the new community, with Christ as its center. If we can achieve racial unity in our churches, it truly would be offering the world something it does not already have and could never achieve on its own.

It would also be the most arresting picture imaginable of God’s salvific work, and would draw people in as few other things would. In fact, in John 17, didn’t Jesus Himself pray that we would be unified, and that unity would capture the attention of the world as nothing else would?

We just haven’t thought of that prayer in racial terms.

At Mecklenburg Community Church, we had a three-week series titled “Woke.” You can get mp3s and/or pdfs here.

Begin with a Theology of Race

We began with a theology of race: What is race? Where did the races come from in terms of creation and Adam and Eve? What is God’s vision when it comes to ethnicity?

The second week tackled racism itself as a distortion of God’s vision and a great stench in His nostrils.

The third week was on the need for civility in our very uncivil world.

Multiple videos were used strategically throughout the series. We ended the entire series with a 6+ minute song (yes, you read that right) that was nothing less than anointed and sealed the series to our hearts in a way that we are still talking about. (The video links and the links to the songs can be found in the .pdfs)

Still have fears? You should also know that along the way we broke every attendance record on the books. Three straight weeks, three straight records. All to say, our world and our people are hungering for us to speak to this.

And in personal terms, I received nothing but gratitude for the series.

Many Church Leaders Are Afraid to Broach this Subject

Don’t be. But do your work. I would take advantage of using our series as a resource, along with the books listed below. I also met with a group of our church members—black, African, Hispanic—for nearly two hours over a lunch to ask them questions like, “What do you hope I’ll say in this series?” and “What do you fear I will say?” I asked about the language I should use, the questions white people secretly ask, the balance I should strike, and so much more. The series benefited greatly from the education and insight they graciously bestowed.

I would gently urge that you should do the same.

I write all this because I am deeply burdened by this issue—and by the silence of most churches. Nine out of 10 churches are predominantly one color, whether it be black or white.

We are the only ones who have the voice and vision to address this imbalance.

Actually, that’s not strong enough. The truth is that Christ compels us to address it. If we don’t, we will be held accountable as His under-shepherds. I believe we will be judged as to whether we spoke to this issue as His leaders.

So please, take advantage of our resources as well as so many others at your disposal, and speak to this issue. God will show up, your people will be served,

… and the world just may start to change.

James Emery White is the founding and senior pastor of Mecklenburg Community Church in Charlotte, NC, and the ranked adjunct professor of theology and culture at Gordon-Conwell Theological Seminary, where he also served as their fourth president. His newest book, Christianity for People Who Aren’t Christians: Uncommon Answers to Common Questions, is now available on Amazon or at your favorite bookseller. To enjoy a free subscription to the Church & Culture blog, visit ChurchandCulture.org, where you can view past blogs in our archive and read the latest church and culture news from around the world. Follow Dr. White on Twitter, Facebook and Instagram.

This content first appeared on Crosswalk.com and is used here with permission. To view the original visit: https://www.crosswalk.com/blogs/dr-james-emery-white/woke-2020.html